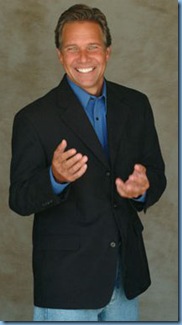 Over the years I have had the pleasure of meeting some pretty amazing people.  Some were captains of industry, others were politicians, scientists, professional athletes, engineers, artists, celebrities or brilliant thought leaders.

Each, in their own way, was at the top of their personal game and it showed, not just in their accomplishments, which in some cases are legendary, but in the way they treated people.  Each one was a class act.

A class act is genuine

Recently, I got to meet another class act. His name is Dave Nemeth.  I met Dave when he and his wife Nanci came out for a project I was working on for my friend Morris Callaman.  There was lots to do and Dave pitched right in.  Rolling up his sleeves to help out in many different ways, lending his expertise and even stepping in to act as Master of Ceremonies to give the event a wonderful finishing touch.  Everyone on the team commented on what a genuinely nice person he was, how easy he was to work with and how professional he was.  It came as no surprise.  In addition to being a class act, Dave Nemeth is a pro.  His work has taken him into millions of homes across major U.S. markets via the nightly news, morning talk shows and as the male co-host that launched EXTRA! for Warner Brothers.

A class act has nothing to prove.

Dave is a great example of a lesson another class act taught me years ago.  That lesson came from Bernie Vonderschmitt, then chairman and CEO of Xilinx.  Bernie was a brilliant leader, engineer and businessman who was well known for his skill in building great companies AND great teams.  He shared his wisdom with me by using golf as an analogy for business and the kind of people you want to work with.  The lesson went like this…

“If you want too truly enjoy the game of golf.  Play with a scratch golfer. They don’t have anything to prove, they just enjoy what they do.”

A class act looks out for others.

When you are great at what you do and secure in it, you don’t worry about what other people think.  That leaves plenty of time to champion others.  Dave Krieg may go down in the annuals of sports history for his leadership and stats as quarterback for the Seattle Seahawks, Detroit Lions, Kansas City Chiefs, Chicago Bears, and Tennessee Oilers/Titans, but for me he will go down in history as the leader who taught my sons and his that looking out for the little guy is everyone’s responsibility.  One of my favorite stories is when Dave Krieg did just that for my “little guy” Nick.  But helping others for Dave is not just something done at home.  He helps out with local charities and organization to lend his leadership skills and name to various causes that benefit when he lends a hand.

A class act does not take themselves too seriously. 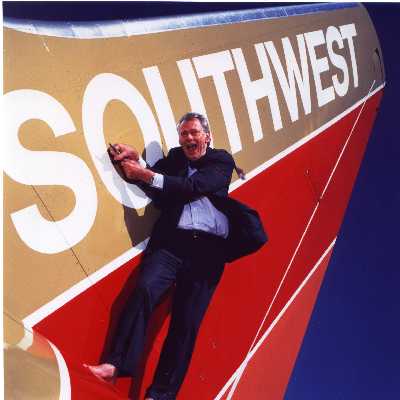 Herb Kelleher may be the most successful airline executive in the history of the industry, but in the hearts of his people he was also a man who fought hard, played hard and never took himself too seriously.  That spirit was embedded into the Southwest Airlines culture and exists to this day.  Herb did not worry about his “image” instead he invested it and his energy in his people.  The results he got are the stuff of corporate legend.

Television icon Regis Philbin, recently announced he would be leaving LIVE about a very successful run that spans over 16000 hours, the Guinness World Record for television airtime.  Part of his longevity and success is that he too is not afraid to look at himself playfully and share a laugh with his viewers.  In the video below, Dave Nemeth and Regis spoof about about having to compete for the attention of their loquacious co-hosts.

[youtube=http://www.youtube.com/watch?v=oYjVkd7-frQ&w=448&h=252&hd=1]
Dave Nemeth and Regis Philbin have some fun talking about their co-hosts in this media spoof

So what about you?  Are You a Class Act?

Being a class act is not about how you look, what you wear, what you say or the power of your position.  The people I have used as examples here are all successful in their own arenas.  But success is not the reason they made the list.  Instead, who they really are is what made them successful. Being a class act is defined by the actions you take, how those actions affect the people around you and how together they reflect who you are as a person.

Joan Koerber-Walker is a two time Stevie Award National Finalist and Chairman of the Board of CorePurpose, Inc. and the Opportunity Through Entrepreneurship Foundation.  She also serves as Executive in Residence for Callaman Ventures and on the boards of for profit and nonprofit organizations.  As the former CEO of the Arizona Small Business Association and a past member of the Board of Trustees of the National Small Business Association she has worked with hundreds of small businesses and on behalf of thousands.  Chat with her on Twitter as @joankw, @JKWgrowth, @JKWinnovation, @JKWleadership and @CorePurpose or at her blog at www.JoanKoerber-Walker.com.