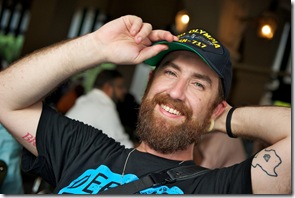 Legendary photographer (and all around nice guy) Kris Krug has much to say about both photography and entrepreneurship, because he is both a photographer and an entrepreneur.  Based in Vancouver, Kris travels all over the world to take pictures for  National Geographic, Rolling Stone,Business Week, the Financial Times, USA Today, the LA Times, PBS, Ion Magazine, Wikipedia,Heads Magazine, The Victoria Times-Colonist, the Seattle Stranger,Westender, The Terminal City News and various other online and print publications. He has also co-authored the book “Killer Photos With the iPhone.”

But the photographs are almost the back story.  There’s a man behind the art, a man  who cares deeply about technology, the web and the world. His LinkedIn bio says he’s a “technarist,” and a cyber-punk antihero, and that’s his “professional” profile. When you meet him, you don’t know whether to be drawn first to the photography or to the human being. He’s one of the most evolved, well-rounded humans on the planet.

After publishing a ground-breaking online magazine for several years, Kris was president of Bryght – a “web 2.0” start-up that offered a unique hosting service. Through enthusiastic outreach, Kris helped create a marketplace for community-centric websites and his evangelism spawned an eco-system of related companies in Vancouver. He moonlighted as a fashion photographer, shooting subjects from executives to rock bands for fun and profit. He also organized PhotoCamps and PhotoWalks for aspiring and established photographers to exchange tips on both artistic and business lens of photography.

And then he became an entrepreneur on his own. He makes money through his passion, photography, even though he licenses his work through Creative Commons. How does he do it? You will have to hear him to find out.

Well known in the blogging community, he  speaks at conferences and media programs around the world about Internet tools, new media, and evolving copyright standards. He is an organizer of the Vancouver tech conference Northern Voice as well as a catalyst for workshops and “un”conferences – most recently in Beijing and Shanghai where Kris participated in international economic leadership events in advance of the 2008 and 2010 Olympics. I met him first at Gnomedex in Seattle, and then had the extreme pleasure of traveling with him this spring to China, Korea and Singapore with the GeeksonaPlane, group, organized by Dave McClure, another headliner at AZEC10. 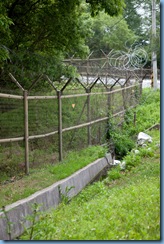 Kris’ skills bridge the technology, business and art communities. Through his unique approach to aesthetics and open business, he encourages collaboration to produce personal and professional expression online. As a bit of an “Internet rockstar,” he actively touts Vancouver as the most exciting and productive place to start a web business and openly assists new tech enterprises with entrepreneurial challenges.

You must see the work.  But you can do that on Flickr.  It’s much more important to meet the man in person, and hear his life philosophy, his enthusiasm, and his wonderful spirit emerge.

Francine Hardaway, PhD, OTEF executive director, co-founder of AZEC, OTEF and Stealthmode Partners has been an entrepreneurial and social venture catalyst for over 30 years.  She spends her time between Phoenix, the Silicon Valley and London and where ever she goes, you can be sure that she is on the look out for the next great innovation.  To connect with Francine, follow her on Twitter @Hardaway or via Google Voice at 816-WRITTEN (9748836)

Thanks for stopping by.  Stay tuned… there will be more entrepreneurial profiles and AZEC10 behind the scenes glimpses between now and AZEC10.

Note:  Joan Koerber Walker serves as Chairman of the Board of The Opportunity Through Entrepreneurship foundation,which is the host organization and sole beneficiary of AZEC10.  To learn more about OTEF, visit www.otef.org.