The first step to success is being passionate about what you do.  Don’t just take it from me – talk to Mike Henry Sr., founder of the Lead Change Group. 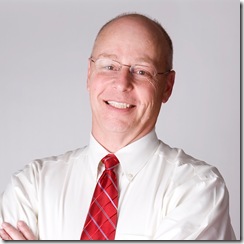 He draws inspiration from the words of Margaret Mead:

“Never underestimate the power of a small group of committed individuals to change the world. In fact, it’s the only thing that ever has.”

Mike’s passionate about developing people and making a  difference through relationships.   He founded the Lead Change Group because… that was what he could do.  It started after he was  laid off from a position as a Vice President of a small electronic payments company.  To make ends meet, he began trying several different projects to make a difference and earn a living.   Best of all – he’s succeeding!

“We accept our powerlessness too easily.”  – Mike Henry Sr.

One part of the strategy has been to make a difference by encouraging people through social media channels to ‘give themselves away’ and help other people. Sharing from his own experience, Mike draws on decades of work in technology, operations and administrative positions in industries as varied as transportation, energy, telecom and financial services. 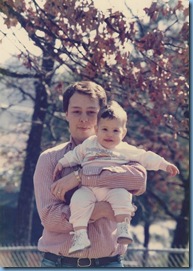 I did a little checking up on Mike’s leadership talents by asking two people who REALLY know.  Here’s what his grown up kids have to say…

“Mike Henry is a good leader because he can distinguish between right and wrong ethically and morally.” –Michael Henry Jr.

“Dad is a good leader because he is always there to pick you up when you fall and encourage you on how to move forward. Thanks Dad for always lifting me up.” – Jessica Henry

Mike:  I’m very excited about the growth of the Lead Change Group and our role in the development of the Leader Palooza un-conference on February  19-20, 2010 in Ft. Lauderdale, Florida.

We’re committed to applying character-based leadership to make a positive difference. Since we all “met” virtually, we decided to host our first face-to-face get-together this February 19-20 in Ft. Lauderdale, Florida.

Angie Chaplin named it LeaderPalooza. Here we will further the mission of the group by enabling deeper collaboration and cooperation between members who have met and shared a common experience. The time will be used to enable us to work together, energizing and equipping one another to actively apply character-based leadership in our own personal spheres of influence.

Just the trust between the people who cut out 3 days of their life  for this effort will generate new energy and enable some exciting new ideas. We’re not dictating a lot of structure because we want to allow time for people to interact and create.

Some of the ideas that we’ll be talking about at LeaderPalooza will include:

We’re using an un-conference format so the actual agenda will be finalized when the meeting begins. I can’t wait to see what happens as a result.

JKW:  Who Inspires YOU?

Mike:   I’m most inspired by my wife, Vicky. She’s been married to me for 27 years and it’s been a tremendous roller-coaster. My personality is quite a challenge for her, but so is her health. She daily can’t do the things she’d like to do physically, but she keeps plugging. She inspires me through her patience and her persistence. She’s steady as a rock, which also tells you something about how unsteady I can be.

JKW: Why do you do What you do?

Mike:   I almost backed out of the interview because of this question.

I don’t know why I’m doing this.

I can’t just sit by and do nothing, and I seem to hit obstacles at many other things I’ve tried to do in my past, so I do this.

I enjoy people. We’re at our best when we’re giving ourselves away. For me, the best way to do that is to find a common purpose and form a team. There we can serve each other and it’s not charity. The service is in pursuit of a common goal that’s bigger than the individuals.

“There’s nothing in the middle of the road but yellow stripes and dead armadillos.” Jim Hightower

The frustration for me comes when the something I’m doing doesn’t achieve the results I’m pursuing. Sometimes it’s difficult to maintain balance and create a sustainable team.

In the end, for me every day the question needs to be, “Did you help someone?” If I can answer yes to that question, that needs to be enough. When I’m really honest, many days that’s not enough. But it needs to be. (It’s very hard to say that right now.)

JKW:  If you had Three Wishes – what would they be?

Mike:  First, I’d wish that the Lead Change Group idea would become sustainable. I enjoy investing in people and seeing them shine.

Second, I wish my wife could get some rest from her physical problems.

Third, I wish I could manage as much online activity as Joan Koerber-Walker.

(My real third wish would be to deepen my relationships with my two grown children, daughter-in-law and grandson. )

JKW – If folks wanted to  get in touch – how can they find you?

Mike:    You can’t build a team if people can’t find you.  I’m pretty accessible – here are a few places where I can be found.

So Reader – What do YOU think?

Has Mike’s story inspired you to reach out, share ideas, or lead a  little change?  Check out Leader Palooza, connect with Mike on Twitter or Linked In.  Find out what a ‘a small group of committed individuals’ can do when they commit to #LeadChange.