Joan Koerber-Walker has been named a national finalist for the 1st Annual Stevie Award Honoring Women Entrepreneurs. The Stevies™ will be presented on October 22 in New York City

Phoenix, Arizona – September 27, 2004 – The Stevie Awards for Women Entrepreneurs, www.stevieawards/women , is a new national awards competition recognizing the accomplishments of women small business owners in the United States.  The awards are produced by the creators of the prestigious American Business Awards, hailed as “the business world’s own Oscars” by the New York Post (September 22, 2002).

Winners will be announced on Friday, October 22 at the Marriott Marquis in New York City’s Times Square.  The master of ceremonies will be Bill Rancic, spokesperson for Advanta which is sponsoring the awards and winner of the hit television show “The Apprentice.” 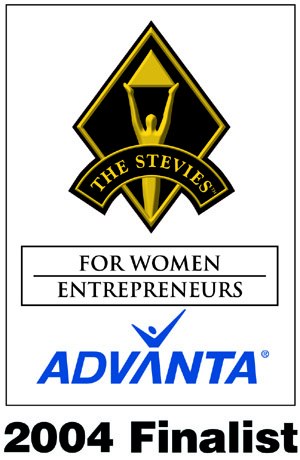 Ms. Koerber-Walker is the founder and chief executive of CorePurpose, Inc. a consulting and services company based out of Phoenix Arizona.  Since its launch in July of 2002, CorePurpose® has been dedicated to providing services and solutions that build businesses.  The company has 3 divisions, CorePurpose Publishing, CorePurpose Consulting and The CoreAlliance, its network of over 40 independent services organizations which include thought leaders in the areas of People, Sales and Marketing, Operations, Finance and IT.  In addition to her role as executive director and CEO, Ms. Koerber-Walker is a Professional Member of the National Speakers Association, and the author of Working: A Management Tale of Changing Relationships in Changing Times (CorePurpose Publishing – ISBN 0974705608) and co-author of Connecting Resources: A Primer for Electronics Distribution (Thomson Learning – ISBN0759332495).   She also serves on the Board of Directors of the Arizona Technology Council and on advisory boards to the W.P. Carey Executive MBA Program at Arizona State University, The Thomas and Joan Read Center at Texas A&M University, and Parenting Arizona, an affiliate of CPLC.

“The Finalists for the first-ever Stevie Awards for Women Entrepreneurs comprise the most dynamic women in business today.  These entrepreneurs have  accomplished innovative and extraordinary things while building their business,” said Dennis Alter, chairman and CEO of Advanta.  “We congratulate all of them on their achievement.”

“Building my own company had been my dream.  Putting it together has been my joy.  But making it happen – making it real – would never have happened without the tremendous support we have received from industry and from the Greater Phoenix Business Community,” shared Koerber-Walker.   “The recognition we have received though the Stevie Awards and the team at Advanta is not just for me but for all of our team members and the business community that has embraced us.”

The Stevie Awards for Women Entrepreneurs are governed by a board of Distinguished Judges & Advisors that features many leading women entrepreneurs and figures in American business, including Carrie Fitzmaurice, publisher for Entrepreneur Media Inc.; Dr. Lisa Krinsky, chairman & president for SFBC International; and Dr. Betty Spence, president of The National Association for Female Executives.

The elegant Stevie trophy was designed by R. S. Owens, the same company that makes the Oscar and the Emmy.

Details about The Stevie Awards for Women Entrepreneurs and the full list of Finalists are available at http://www.stevieawards.com/women/.

About CorePurpose, Inc.
Headquartered in Arizona, CorePurpose, Inc., is a consulting and solutions company specializing in focusing companies for greater success through high impact activities that link directly to results.   Together with members of the CoreAllianceSM, CorePurpose, Inc. works with companies and organizations to align internal resources to their areas focus while offering resources for mentoring, implementation and outsourcing in non-core areas or areas where additional support is required including:  HR, Sales and Marketing, Operations, IT, and Finance.