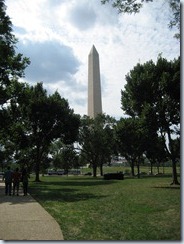 What’s more obscure, however, is that achieving this task could forever change the bioscience sector in Tucson. Talk of program cuts in an effort to ascend to the trillion-dollar-savings-mark has placed programs like Medicare and Medicare Part D at risk. An outcome that would be a serious set back to the bio industry in our state while hindering patient care and healthcare innovation.

Medicare Part D has delivered exponential outcomes and has been proven to be cost-effective, 41 percent below the projected costs when the legislation was adopted. The success has generated dollars that are invested in research and development for bioscience.

As reported by the international science and technology development company Battelle, in a report titled Arizona’s Bioscience Roadmap in Tucson, bioscience has proven its economic worth. There are more than 70 establishments categorized as research, testing and medical laboratories that employ more than 1,200 people, up 33 percent from 2002.

Furthermore, hospitals, which account for the majority of bioscience jobs according to Battelle, are thriving in Tucson. And the specialized hospitals subsector has nearly 15,000 jobs. In fact, hospital employment is 23 percent more concentrated in and around Tucson relative to the national average.

Nationally, the biopharmaceutical manufacturing industry supports more than 4 million U.S. jobs and nearly $300 billion in total output to GDP. And in 2009, industry-wide research and development investment surpassed a record $65 billion – more than twice the National Institutes of Health’s annual operating budget, only a fraction of which goes to basic drug research.

The outcome of such investments can be seen everywhere: from major improvements in human health to advancements in treatments of HIV/AIDS, cancer, heart disease, Alzheimer’s, diabetes and much more.

New drugs are available in the U.S. sooner than anywhere else in the world, particularly when compared to markets with government price controls. This makes rhetoric about “government-imposed” rebates for Medicare counterproductive. Government-imposed rebates could reduce the dollars available for investment in research and development of bioscience.

As we approach the looming Nov. 23 deadline for the “super committee,” make note that Arizona’s bioscience industry is committed to advancing innovative healthcare solutions that in turn fuels our economy. Washington’s support is critical in protecting the only sector that demonstrated job gains, in Arizona and in Tucson in 2010.

“Reforms” that suppress competition, inflate seniors’ premiums, restrict access to treatments, discourage research and development, deter investment in innovation and cut tens of thousands of skilled, high-paying jobs in our state and others would be counterproductive and short-sighted.”

Healthcare and life saving drugs and treatments are just one of the ways that bioscience innovations are making our country and our world a better place.  Our Arizona bioscience industry is working on new ways to create alternate energy sources and bio fuels, Arizona universities are working on new crop developments that can make an impact on the world hunger crisis, and Arizona medical device companies are developing devices that extend and improve the quality of life for millions.

The solutions to our economic challenges and the broader challenges we face as a  nation and a world will come through these innovations.  Not only will they address these challenges, the companies that deliver them create high quality jobs for this generation and those that will follow.

Joan Koerber-Walker, MBA is Chairman of CorePurpose, Inc. and the Opportunity Through Entrepreneurship Foundation. She also serves as the president and ceo of AZBIO – The Arizona BioIndustry Association.The statewide voice for Arizona’s bioscience industry, AZBio is dedicated to ensuring that Arizona bioscience companies have the resources, connections and economic environment they need to keep moving forward faster.

To learn more about the accelerating growth of Arizona’s bioscience industry visit: